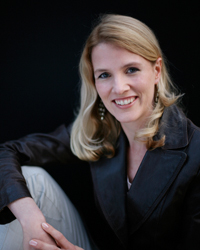 Born in Austria, Europe, Veronika has felt drawn to the Performing Arts from early on. Her father, a medical doctor to the Viennese Opera House and other leading theatres and concert halls in Vienna, took her along to every new performance available and she grew up in a family discussing the state of the Arts and intrigued by life backstage. Key interest in acting was further honed playing lead roles throughout school years.

Veronika studied Business and International Management in Austria, Canada and Belgium and wrote her doctorate on Business Nonprofit partnerships. She worked with UNDP (United Nations Development Program) in Africa, as Managing Director of a Nonprofit in Austria and business consultant and conference speaker in Australia. In recent years she returned to her original passion, the Performing Arts.

Veronika’s interest is in both writing and directing and she thrives when she can take audiences on a journey creating moments of lasting impact, be it in large scale musical settings or in more intimate performances such as theatres, hospitals, churches or detention centers.

Veronika and her Canadian husband Paul are passionate Christians and along with their four children call Sydney, Australia home. 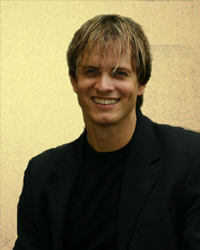 Daniel Thornton is an accomplished song-writer, critically acclaimed composer and passionate performer.  His formal training in Piano and Composition occurred at the Sydney Conservatorium of Music High School and at the Conservatorium of Music Sydney (University) during which time he also attained his LMusA (A.M.E.B.) and Trinity College of Music London Performer’s Certificate in Piano. Daniel’s Childish Syndromes for wind quintet was performed by Musica Viva’s Windbags and later published and recorded by EMI as part of the Young Imagination Competition. 19 years later, the 4th Movement is still regularly performed around Australia. His orchestral work Strontium was performed by the Sydney Symphony Orchestra after winning the A.B.C./S.S.O. Composition Competition, which he again won for his work De Paradis a l’Enfer. As the recipient of a Big Brother Scholarship and the Sydney Eisteddfod’s Operation Music Award, Daniel undertook more studies in London. During this time he premiered two of his compositions before Princess Margaret.

Daniel arranged and sequenced the music for both the International Schools of Music and Australian Music School’s courses, whilst writing his own piano teaching series entitled Outrageous Technique.

His musicals Questions, Tyler, Snydley’s Christmas Surprise, Angels we have heard, The Easter Experience have been popular Australian musicals performed to large audiences. In this sacred vein of writing, Daniel is also well known for his contemporary worship songs, sang in churches around the world and commercially released on 17 CDs.

Daniel regularly scores for Film and Television. He has also performed alongside many well known artists such as recently in a duet with Marina Prior. In 2006, Daniel performed at the Duke Theatre on 42nd Street in the heart of New York’s Broadway District in one of the starring roles of the new musical “Angels” He also orchestrated as well as led the Musical Direction for this production.  Daniel has lectured at Southern Cross College, Hillsong College, and has been regularly featured on the LifeSource TV show and Paradise Down Under TV show.

Besides composing and performing, Daniel is passionate about building strong musicianship into the broader church and is currently running an intensive accredited music program he developed to raise up the next generation of leading Christian musicians across Australia.  Daniel and his wife Kris live with their three children in Sydney Australia.